RESULTS IN 3 WEEKS OR LESS

International Chemical Analysis, Inc. (ICA) opened its doors in 2013 to service the growing need for affordable radiocarbon dating analysis with a fast turn-around. We are a US based company, and serve customers worldwide. Since opening, ICA has dated thousands of carbon-14 samples for hundreds of clients from all over the world. We understand that in radiocarbon dating, each sample is unique. For this reason, we treat each one of your samples with special care to determine the best applicable protocol and precise measurements. Radiocarbon analysis employing Accelerator Mass Spectrometry (AMS) allows for higher ratios of selectivity, sensitivity, and precision in measuring C-14 radioisotope from organic materials like carbonates, bones, charcoals, woods, sediments and groundwater. We also offer stable isotope analysis of carbon-13, nitrogen-15, oxygen-18 and Deuterium. ICA offers a unique combination of affordability, quality, and fast turnaround that is unmatched in the industry. ICA only charges you a fee if a proper date can be established from the received samples.

In ICA we work with different types of samples for radiocarbon dating: Shells, corals and other carbonates, bones and teeth, charcoals, wood, sediments, and groundwater. Sample requirements for analysis can vary for each type of material and is important to handle packaging with care to avoid contamination. Only organic material can be dated by measuring its radiocarbon content. All living organisms exchange carbon with its environment up until the moment of their death, at which point the carbon exchange stops and the C-14 (a radioactive isotope) starts to decay. The amount of C-14 in the sample can then be used in the lab to measure the date at which the organic material, organism, plant or animal, is estimated to have been alive. In some cases additional steps are required prior to analysis, such as decontamination or the conversion of the sample to a form more suitable for its measurement. 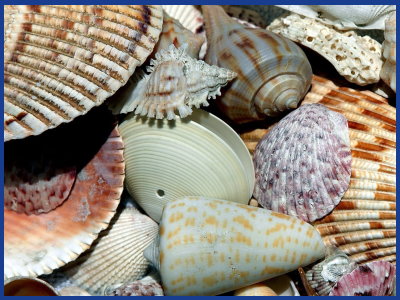 Terrestrial carbonates like shells, corals, and tufas have much potential for radiocarbon dating. The main component being calcium carbonate or other carbonate minerals in their many forms. There are biogenic carbonates like sea shells and corals; and there are calcareous deposits like marls, tufa and other limestones.

Samples: It is recommended that a minimum of 10 mg be sent for analysis. These samples usually undergo a light acid etch (AE) pretreatment, and may require local reservoir correction in some cases, so a Delta-R value may be necessary. 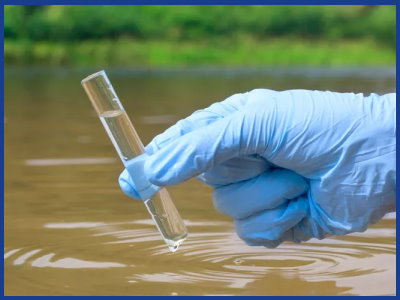 Fresh water stored in geological formations usually comes from rain or snow that over time infiltrates and gets trapped in the ground, within sediments or calcareous deposits, filling in spaces and in the process trapping carbonate materials (in organic and inorganic forms) that can be used for radiocarbon dating. This can assist in determine the time period when the water was in last contact with the atmosphere.

Samples: The dating of groundwater is performed by DIC (dissolved inorganic carbon) pretreatment. ICA recommends a minimum of 1 liter per sample to be sent for analysis. Groundwater can also be analyzed for stable isotopes such as 18O and deuterium. 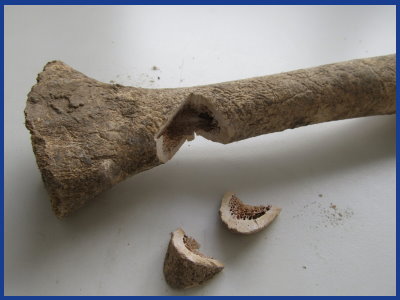 Bones are living tissue that constantly regenerates throughout the life of a living individual or organism, up until the time of its death. Because of its content of the C-14 isotope, bones can be used to analyze human or animal fossils to determine when they were once alive. Teeth on the other hand, are not living tissue, but they may contain residual amounts of atmospheric radiocarbon as a result of nuclear bomb testing during the cold war, which can be used to accurately determine dates of birth.

Samples: ICA recommends at least 500 mg of bone to be sent for analysis. We can perform pretreatment of all types of bones (cremated, charred, or unburned).

Charcoal and Wood are among the most preferred and most commonly used materials for radiocarbon dating with accelerator mass spectrometry (AMS). Results may require additional data and interpretation in order to compensate for the "old wood effect", in which samples taken from different parts of a specimen can yield misleading or confusing results, because of the time difference at which point one of its parts stopped exchanging carbon with the environment.

Samples: We recommend a minimum of 5 mg for analysis. These samples usually undergo acid/base/acid pretreatment (AAA) prior to graphitization. Acid/base concentrations, temperatures, and times are sample specific. 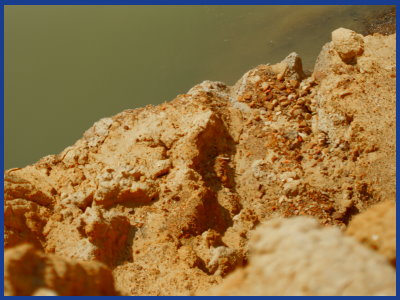 Sediments are naturally occurring solid materials moved and deposited to a different location by natural processes of weathering and erosion, having a wide variety of possible compositions, from rocks and minerals to remains of plants and animals.

Samples: Sediments can undergo various pretreatments depending on what type of sediment it is. Depending on what the client requests, bulk organics, humic acids, and/or carbonates from a sediment can be pretreated and analyzed.

ICA provides radiocarbon dating services with a turn around time of 3 weeks (or less), once the samples have been received and approved for analysis. Our offer is centered on an affordable, fast and accurate service. ICA then follows with a comprehensive analysis of the received samples in the lab to determine the date of the organic material.

The radiocarbon dating method for determining the age of an object relies on the unique properties of Carbon-14, a radioactive isotope of carbon that exists in all organic materials. The Carbon-14 isotope exists in nature as a byproduct of the constant bombardment of cosmic rays into the lower stratosphere and upper troposphere producing neutrons as they break through the atmosphere, turning nitrogen-14 atoms into C-14. The atmospheric radiocarbon combines with oxygen to form carbon monoxide (CO), and then carbon dioxide (CO2) which is promptly dissolved in the oceans, distributed into the biosphere and absorbed by plants via photosynthesis, which in turn are consumed by living organisms. All living plants or animals maintain equilibrium with their environment and exchange carbon up until the moment of their death, at which point the exchange stops and the C-14 continues to decay. The radiocarbon found in samples from organic remains can then be used to determine the estimated date at which organisms were once alive. Because of the radioactive decay property of C-14, there's less available for detection the older the sample is, which in turn serves as a marker to determine the date of the organic sample. But other preparations, conversions and considerations are often required to be taken into account in order to prevent incorrect results.

ICA also provides Stable Isotope Analysis to establish the abundance of isotopic signatures in chemical elements within sample materials by employing mass spectrometry measurements; particularly to measure carbon-13, nitrogen-15, oxygen-18 and deuterium. In contrast with carbon-14, or radiocarbon, which is an unstable isotope of carbon with radioactive decay properties; stable isotopes don't decay and their measurement has multiple applications in natural and environmental sciences.

How much does Radiocarbon Dating Cost?

Our radiocarbon dating services have a fast turn around time of up to 3 weeks from the time the sample is received and approved for analysis. ICA will only charge you if a date from the received sample can be determined.

The following prices are valid until December 31, 2023:

Holidays schedule 2022: Due to the Holidays, ICA will close from December 19th to December 31st. We will be only receiving samples during this time. All analyses will resume on January 2nd, 2023.

Please send us an e-mail with any questions you may have about our services, processes or your specific samples. A staff member will respond to you within 24 hours.